"If our flight arrives at 9.10 - do you think we will make it on time?"
As we ran through the tarmac, and collected our bags hurriedly - Demos and I had one thing on our minds.. our impossible 9.30 booking at Movida. This was the last booking for this Friday night and we were on a mission! Unfortunately; after hailing a cab; checking into our hotel - and possibly a quick outfit change it was well past the 10:00 mark. 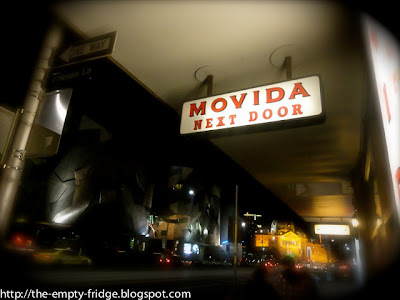 I wasn't totally devastated about running late. When I called to make our booking the host told me that if we did arrive late, and missed our table we could just scoot on over next door. Literally, its Movida Next Door and no, its not the award winning restaurant's evil stepsister. It was our lucky night, as there were two free spots at the window bar looking out to the bright lights of Flinders Street. 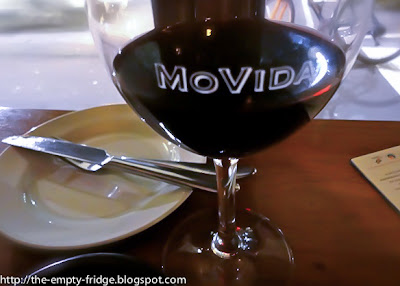 We kicked off our night and toasted to the weekend ahead with
a glass of Tinto (Red Wine) for me Rojo Gaenacha Valdepanas $10 and a glass of Jerez (Sherry) Romanto Amontillado $11 for Demos.
Let the tapas-ing begin! 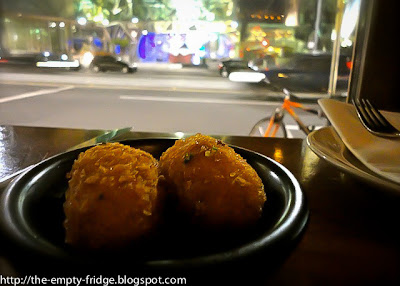 The first plate to arrive was our order of Croqueta's $3.50 each - Filled with Mahon Cheese and Jamon Serrano crumbed and fried to perfection. Patience is a virtue kids, don't go throwing these hot pockets of melted cheese and ham straight into your mouth or you will end up like yours truly - Ms. I burnt the roof of my mouth. Oh but it was worth it. 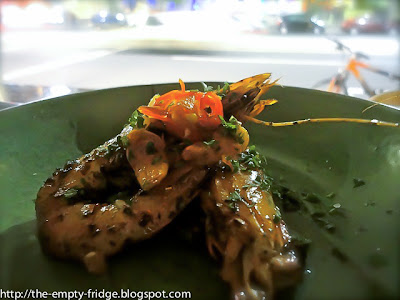 Not long after came the Gamba a la Plancha con refrito $3.00 each. Two flat grilled prawns covered in galic and chilli goodness. I like the word "Gamba" - it sounds like a workout you do with maraca's.
I think the reason they give this dish such an exciting name is because these prawns make you want to get up on your chair and yell out "Gambaaa!" with or without maraca's. 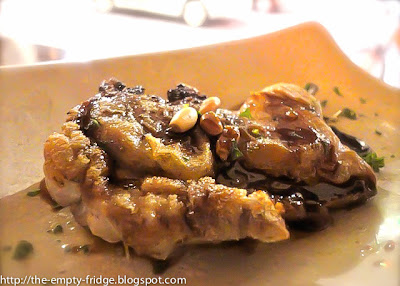 G"Talk to me about the Quail Demos, how did it make you feel?"
D"You ate all of it.. You only left me a sliver, and I had the shits. Selfish....."
Ah yes the quail, looking and smelling ever so wonderful, how could I contemplate having him eat the greater part. So I beat him to it. The Cordoniz $18.00 was stuffed with Jamon with a Pine Nut Agridulce sauce. A sweet and sour sauce, so good that all I can say is that it tasted like Spanish Christmas. Demos has often noted that everything that tastes good is like Christmas to me fyi. Feliz Navidad then. 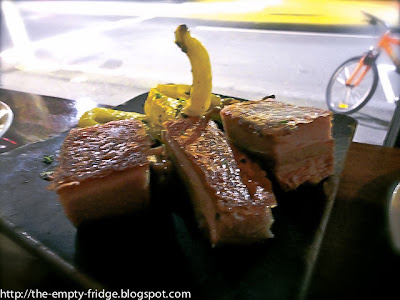 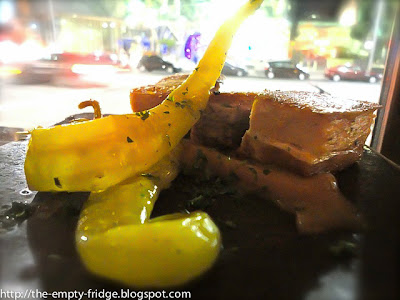 Before the last of the quail was dealt with, out came the Cerdo $16.00. Confit Pork Belly with Quince and Preserved Peppers. Wow. Straight away I could tell  that this was like all my Birthday's had come at once. The pork tasted divine and the skin was cooked to that crispy perfection that I just can't get enough of. Crackling with a capital C, balanced with a soft and stringy - almost fluffy melt in your mouth meat. It's as though they had left the pork to soak over night in salt water and it was so tasty! Demos didn't give me a chance to eat the peppers. It was the payback for the quail. But judging the speed at which he took them down I'd say that they were equally amazing, such a pretty colour too. 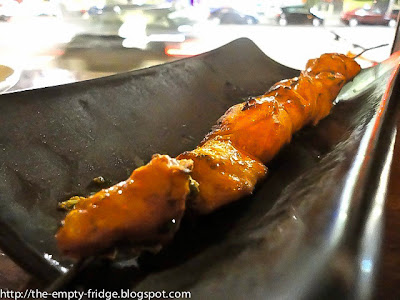 Just to supplement what was already eaten we ordered the Adobo de Pollo $7.00 each. A paprika seasoned chicken skewer grilled on charcoal. It was a moment of gluttony. But hey, its 100 times better than the chicken skewer you get from the kebab shop on the way home after too big a night. 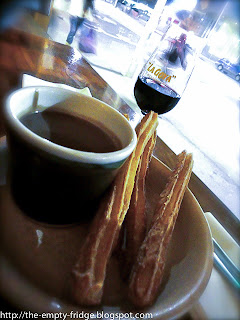 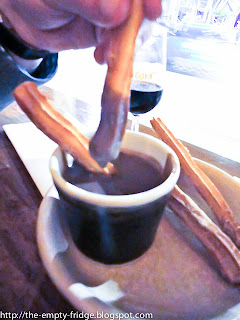 After having such a good run we thought it would be fitting to top it off with a dessert. Churos with a chocolate dipping/pudding sauce. I can't get enough of it wherever I am. Sorry. But I digress, it was very good. Tasty dough fried to perfection, covered in cinnamon sugar. The chocolate was more of the milk variety and I much prefer the dark traditional spanish chocolate - thick like mud. 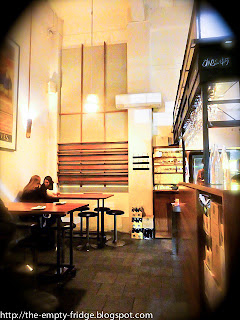 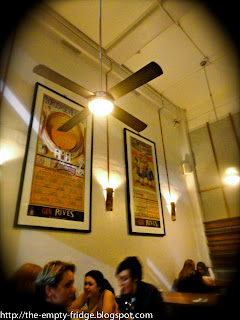 Movida Next door was a great start to what would be an awesome weekend. It was a fun and lively atmosphere and we stayed there until quite late. If we arrived earlier I think it would have been a battle to get a table as there is a no booking policy. A week on and we are still dreaming of another serve of the pork. If you cant get a booking at the main Movida restaurant - don't overlook this place. The menu and quality of meals is brilliant and the experience was not a consolation prize. 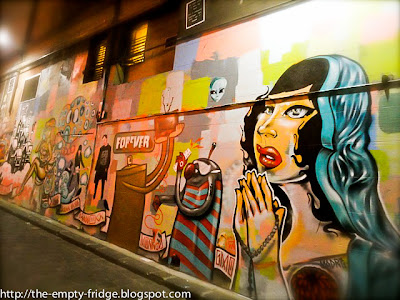 I came here 1 time in 2007 and at that time I tried only a few dishes... Wanna tried more but no chance when I went to Melbourne again. There are too many good places in Melbourne :)

lol the croquettas sound awesome i totally would've eaten thru the burning hot pain too!

Frank Camora does wonderful food! Have you seen his cookbook? You can probably create some of his recipes at home so you don't need to fly to Melbourne anymore! :)

We stumbled into MoVida thanks to your blog...and went back 2 more times!

You must try the anchoa -- a thick piece of anchovy on a crouton with a smoked tomato sorbet on top.

What's up to every single one, it's genuinely a good for me
to pay a visit this website, it contains important Information.

Its like you read my mind! You seem to know so much about this, like you wrote the book in it or something.
I think that you could do with some pics to drive the message home a little bit, but instead of that, this is
wonderful blog. A fantastic read. I will definitely be back.

Highly energetic article, I loved that a lot.
Will there be a part 2?

my weblog - how to file bankruptcy in florida

I constantly spent my half an hour to read this web site's articles all the time along with a mug of coffee.

Here is my page: How Much Should I Weigh Chart

Hey there! Do you know if they make any plugins to protect against
hackers? I'm kinda paranoid about losing everything I've
worked hard on. Any tips?

It's actually very difficult in this full of activity life to listen news on Television, thus I simply use the web for that purpose, and get the most recent information.

Feel free to surf to my web site wallinside.com

It's actually very complicated in this busy life to listen news on Television, thus I only use world wide web for that reason, and take the hottest news.

Howdy are using Wordpress for your blog platform?
I'm new to the blog world but I'm trying to get started and create my own.
Do you require any coding knowledge to make your own blog?

Any help would be greatly appreciated!

Hey are using Wordpress for your blog platform? I'm new to the blog world but I'm trying to get started and set up my own.
Do you require any coding expertise to make
your own blog? Any help would be greatly appreciated!

Here is my site natural remedies for acid reflux (marotta-family.com) 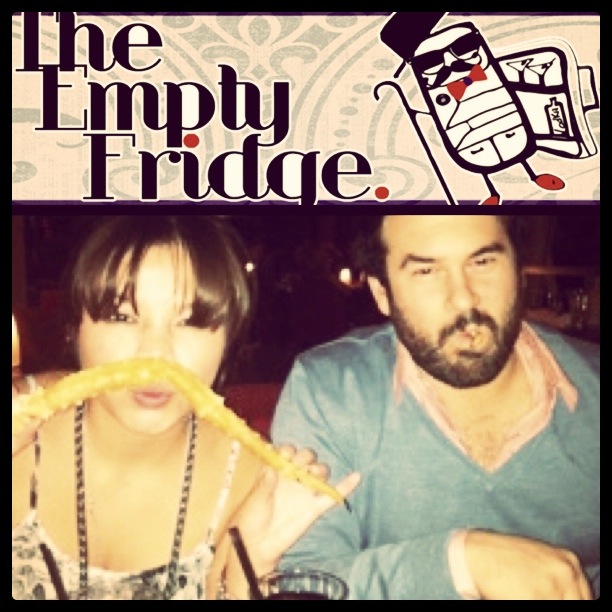 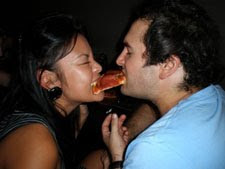 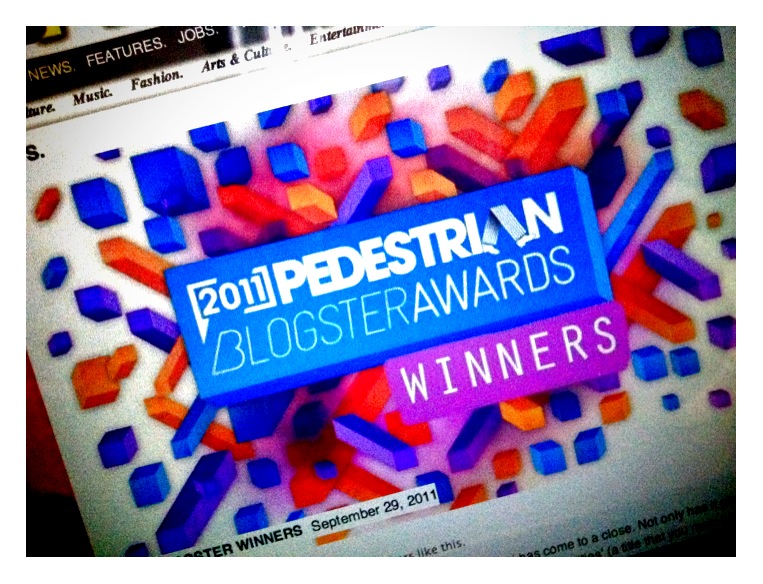